Why We Should Use Transgenic Mice for Scientific Research
Tech

Why We Should Use Transgenic Mice for Scientific Research 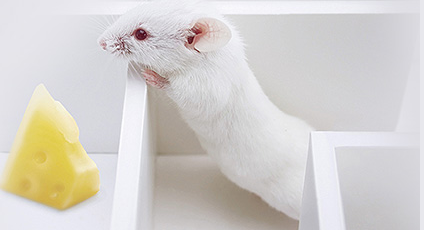 Transgenic mice have been used in scientific research to study human genetic diseases for decades. Now with the development of new techniques and technologies, transgenic mice are more popular than ever.

Transgenic mice are used in scientific research when a certain gene needs to be deleted or one needs to be added. Transgenic mice have a foreign gene inserted into their DNA that is not found in the mouse’s natural genome. This type of mouse is created by combining embryonic cells from an embryo with foreign DNA, which can come from other animals. The cells are then injected into the embryo and they will develop into an animal with the new DNA. Scientists use transgenic mice to study many things like cancer, diabetes, or arthritis.

Why They Are Used

Scientists use transgenic mice for scientific research because they are inexpensive, easy to maintain, and well-characterized. The first advantage is that they are inexpensive. Scientists can buy a mouse in the store or custom order one from a breeder for a few hundred dollars. They don’t have to pay for expenses like cages and food that would cost thousands of dollars. The second advantage is that they are easy to maintain. Mice are small so they take up little room in the laboratory, which makes it easier to keep them inside and also easier to move them around as needed.

Benefits of using them in scientific research

Mice are used in scientific research to study certain diseases. Transgenic mice have the advantage of being cheaper and more accessible than other animals that are commonly used to study diseases. Mice reproduce more quickly too.

Researchers can use the information they gather from transgenic mice to make conclusions about human diseases. For example, one study found that a specific gene in mice is linked to obesity in humans. This connection is important because it may help scientists identify new treatments for obesity and metabolic diseases.