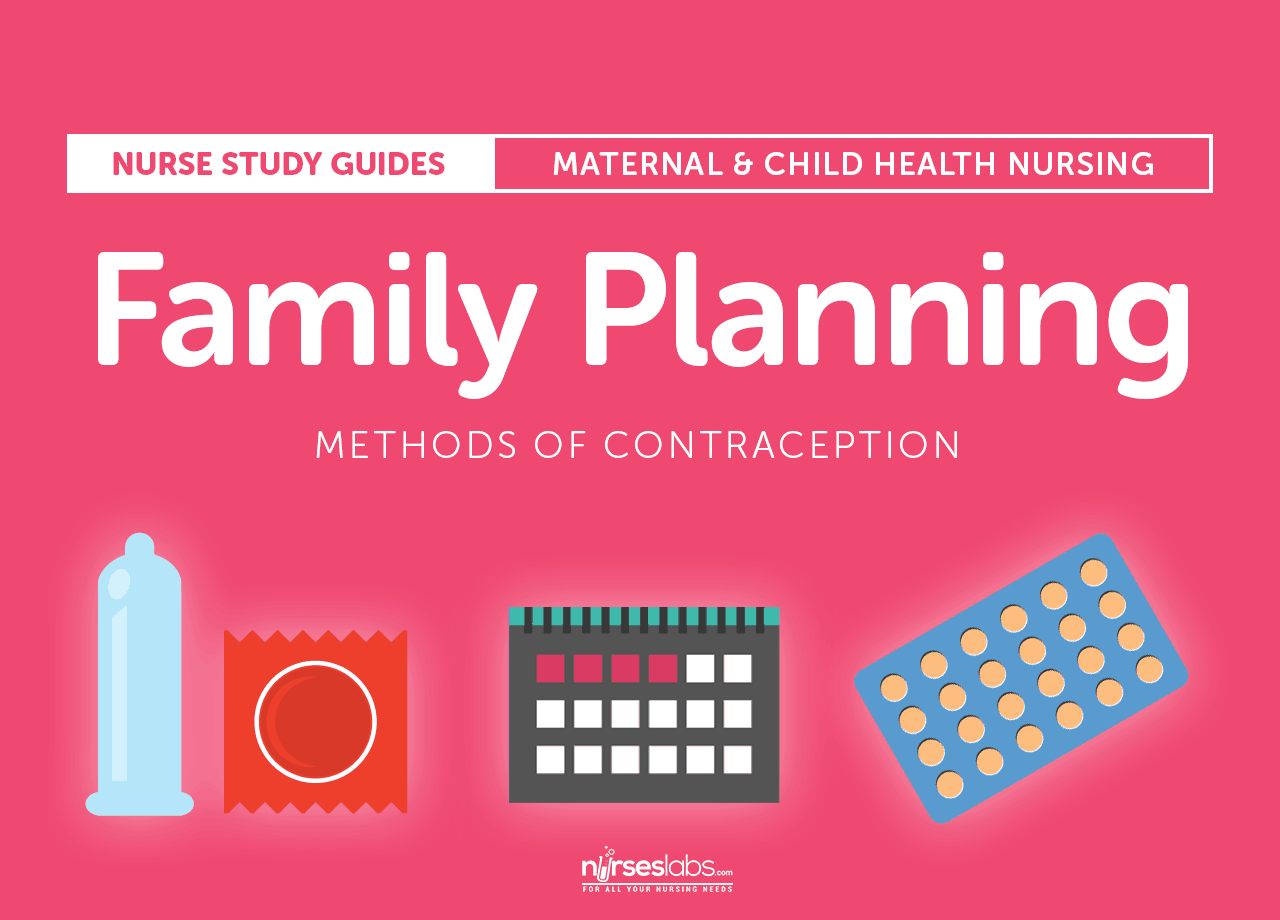 Birth control is the prevention of conception or pregnancy by the use of different devices, medications, agents, or surgical operations. It provides people the freedom to decide when they wish to have a family. Birth control has been used since antiquity, but only in the twentieth century did safe and effective techniques of birth control become available. Family planning is the process of preparing for, distributing, and utilizing birth control.

To ensure that women with pre-existing medical issues can use birth control methods with confidence, organizations like the WHO, United states centers for disease control and prevention issue guidelines. It is important to consider your health, the number of times you have sex, and if you wish to have children while choosing birth control methods. Your doctor may advise you on the birth control type that is most appropriate for you. You’ll learn everything you need to know about the various forms of birth control available in this article.

What to do before choosing a birth control method?

There are numerous factors to consider when deciding on the birth control method for you and your partner.

Ask your doctor or nurse the following questions before deciding on a type of birth control:

How do I get birth control that has no side effects on me?

Birth control methods are effective only when they are used properly. Ascertain that you understand how to apply the method you chose appropriately. The following content covers several methods of birth control:

When it comes to STD prevention, abstinence alone is the only method that’s certain to work. Celibacy or sexual abstinence is defined as abstaining from sexual relations with another human being. There are significantly emotional and physical ramifications to this choice.

Ejaculation can happen outside of the vagina when a man pulls his penis from the urethra, often known as coitus interruptus. It’s speculated that this inhibits sperm from being placed in the vagina in the first place. In other words, withdrawal is roughly 80% successful, although this depends on how carefully and regularly it is performed.

Sperm can’t get to the egg because of barrier birth control.

The male condom acts as a barrier to prevent sperm from accessing the uterus, thereby preventing pregnancy. It is put on the penis before sexual activity. Polyurethane or latex are common materials of condoms.

Additionally, it has the potential to reduce the transmission of sexually transmitted diseases (STIs).

Polyurethane is used to make the female condom or femidom. Each end has a flexible ring. One ring secures the condom in place behind the pubic bone, while the other ring remains outside the vagina.

The vagina can be treated with spermicides before intercourse. A spermicide is a substance that is used to eliminate sperm. A physical barrier may be utilized in combination with this product, or it may be used by itself.

A diaphragm is a type of birth control that resembles a little saucer and is made of soft silicone. It is a shallow cup. Insert it inside the vagina to cover the cervix after folding it in half and inserting it there. With its hard yet flexible ring, it presses against the vaginal walls and is easy to insert and remove.

Cervical caps are latex rubber barrier devices in the shape of thimbles that are worn over the cervix to prevent sperm from entering the uterus and becoming fertilized. Before insertion, fill the cap about one-third of the way with spermicide. Suction holds it in place.

Birth control sponges are little circular sponges made of squishy plastic that is used to prevent pregnancy. Before having intercourse, it is inserted deep into the vagina. A spermicide sponge is placed over the cervix to prevent conception. It’s easier to remove a sponge if it has a fabric loop on it.

A medical professional inserts an intrauterine device (IUD) or coil into a woman’s uterus. It is a long-term, reversible, and very effective form of birth control.

Copper IUDs and hormonal IUDs are two forms of IUDs. Sperm can’t reach an egg while using copper IUDs or hormonal IUDs. Pregnancy is impossible if the sperm does not reach the egg.

Implantable contraceptive devices are those that are placed beneath the skin of a woman. They secrete a hormone that serves to inhibit conception. An implant is a matchstick-sized piece of plastic. It includes etonogestrel, a type of progesterone. Small quantities of etonogestrel are released once the implant is inserted under the skin. Pituitary glands in the ovaries are told not to release eggs by the hormone. The mucus in the cervix thickens as a result of it as well. That makes it more difficult for sperm to reach any released eggs.

The hormone progestin is contained in the Birth Control Shot, a long-acting injectable birth control. It is administered by injection and the interval between doses is around three months. It keeps sperm from reaching an egg by thickening the cervical fluid, and in some people, it may also inhibit the release of an egg (ovulation).

Contraception that is administered through the vaginal canal is known as a vaginal ring. Since it combines estrogen and progestin, the ring is identical to what women’s bodies naturally produce. The ring works by preventing the ovary from releasing an egg, which would otherwise result in a pregnancy. Cervical mucus is altered by the ring to prevent sperm from reaching an egg. Birth control rings are an effective and safe method of birth control if they are used correctly all the time.

When it comes to birth control, hormones are involved. There are packs of birth control pills, each of which can be taken one at a time. If the tablet is taken on time, it is safe, inexpensive, and effective. The pill offers a slew of additional health advantages in addition to its ability to prevent pregnancy.

It works by preventing sperm from interacting with an egg. Fertilization is the process through which sperm and egg combine.

The pill’s chemicals effectively prevent ovulation. It signifies that there is no chance of conception due to the lack of an egg to fertilize.

Additionally, taking the pill causes the mucus on the cervix to become thicker. In a way, it acts as a sticky security guard, keeping sperm from swimming to an egg because of the thicker cervical mucus.

Two hormones (estrogen and progestin) are absorbed via the skin by the birth control patch (transdermal). For a total of one week, each patch is worn. Ovulation, cervical fluid thickening, and a change in the uterine lining all work together to keep a woman from getting pregnant. In terms of birth control, the patch has a high rate of success.

A woman’s fallopian tubes are tied during tubal ligation surgery. The egg (ovum) cannot be transported to the uterus, and this results in permanent infertility. Sperm cannot reach the ovulating ovary through the tube, preventing fertilization. While the patient is sedated, a surgical procedure known as tubal ligation is performed (given anesthesia). A laparoscope, which is a tiny telescope on a flexible tube, is introduced through one or two small incisions (cuts) in the belly at the navel. Burning or sealing the fallopian tubes with devices placed through the laparoscope is the method of choice. After that, the skin incision is sewn up. It is possible to conduct a tubal ligation shortly after childbirth or after a cesarean operation. This treatment is almost always successful, except for a few circumstances. There is no way to reverse female sterilization.

A vasectomy is a straightforward, long-lasting method of male sterilization. Vas deferens, the male reproductive system tubes that deliver sperm, are cut and sealed during the procedure, which normally takes place in a doctor’s office. Sperm can’t leave the testicles after a vasectomy. The man’s capacity to orgasm or ejaculate will not be harmed by this procedure (potency). The ejaculate will still be fluid, but it will be devoid of sperm. Studies have indicated that having a vasectomy improves a couple’s sex life. Because of the painless nature of the procedure, it is typically performed in the office of a surgeon (using local anesthesia). The procedure begins with a tiny incision in the scrotum’s top portion. The vas deferens (tubes) are tied off and then sliced in two. A stitch is used to seal the skin incision.

All these are some of the birth control methods available for you.