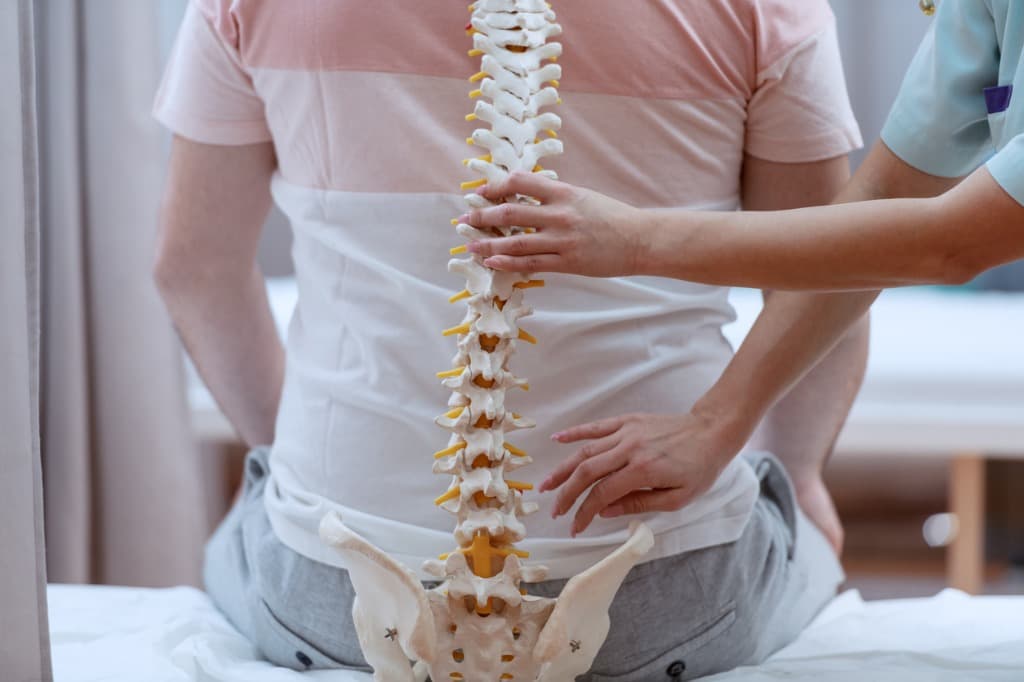 The most prevalent spinal deformity in the world is scoliosis. Nearly 2 to 3% of the world’s population is affected by scoliosis. People of all age groups can develop scoliosis, but the condition occurs mainly in children between 10 and 15. It is common in late childhood and early teens, the time when children grow fast. Doctors recommend non-surgical scoliosis treatment when the condition is not severe. However, treatments vary depending on the severity of spine curvature. Scoliosis progresses with time, and in some cases, surgery is needed to straighten the curve and prevent it from worsening. Adult scoliosis is a condition discovered after puberty when skeletal growth is complete.

Scoliosis causes sideways curvature of the spine, and the curvature can occur in any part of the spine. When the angle of the spine curve is more than 10 degrees, it is considered scoliosis. Generally, it affects the upper spine and lower back region. It is common in the adolescent age and occurs in people with conditions like muscular dystrophy and cerebral palsy. In 90% of the cases, the curve is mild and doesn’t require treatment. It is not noticeable, but some people have uneven shoulders or hips or lean to one side due to the spine curve.

In nearly 80% of the patients, doctors don’t know the reason for scoliosis, and the condition is called idiopathic scoliosis. Congenital scoliosis is present from birth because the bones in the baby’s spine do not form properly in the womb. Neuromuscular scoliosis is caused by conditions like spinal cord injury or cerebral palsy. Degenerative scoliosis develops when the discs and joints of the lower back wear out as people age.

One-shoulder blade appears more prominent than the other.

A visible curve is found in the back.

Ribs stick out farther on one side of the body.

The body leans towards one side.

Early diagnosis and treatment of scoliosis are essential because they prevent the curve’s progression. Mild scoliosis goes unnoticed, and it does not cause any significant symptoms. If parents notice any signs of scoliosis in their children, they must immediately consult their primary care physician. Scoliosis can worsen quickly and prevent kids from growing fast. In addition, it can cause spinal instability, spine stiffness, humpback, and cardiopulmonary issues.

Mild scoliosis can become moderate or severe if left untreated. Therefore, doctors recommend scoliosis surgery only when the spine curve is severe. Non-surgical treatments include physical therapy and bracing.

Physical therapy is highly effective in treating scoliosis. It is the initial form of treatment when the condition is diagnosed at an early stage. Therapy has fewer risks and is less expensive than surgery. It includes exercises to stretch and strengthen back muscles. In addition, therapists teach patients to keep their posture straight and stabilize the spine.

Wearing full-time or nighttime braces is an effective treatment for scoliosis. About 75 % of the cases are successfully treated with bracing. Braces are recommended for children and teenagers who are growing and have a spine curvature of 25 degrees and higher. The brace is moulded to hold the spine straighter in an unrotated position.

Scoliosis needs immediate attention and treatment. If the condition is detected early, it can be treated easily with non-surgical scoliosis treatment methods. Most patients experience better physical health after the treatment. Exercises and braces reduce the curve’s progression and help people lead their life without discomfort.