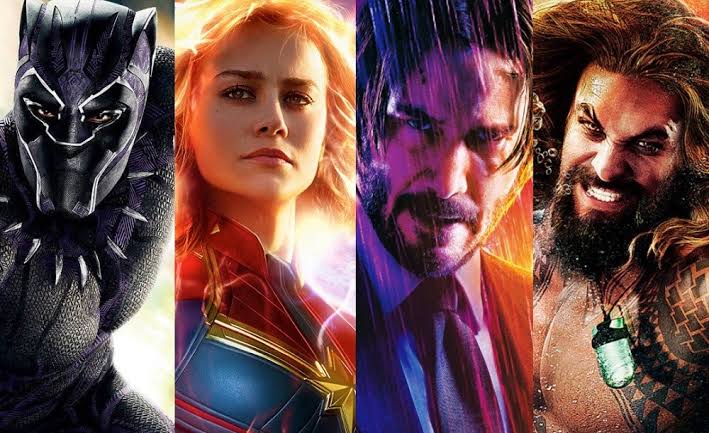 The last couple of years have been particularly hard for filmmakers across the world. Film theaters have been subject to the most stringent restrictions in the wake of the COVID pandemic. It is no surprise that the number of film releases declined considerably since 2019. However, in recent times the world is slowly but surely recovering from the pandemic. Filmmakers have been given some relief as movie theaters across the world are now beginning to resume their operations. It seems the film industry is back on track as some great movies are waiting to be released this year.

Streaming platforms like Netflix have also ramped up their film production. So you will have a lot of movies to watch this year, both at home and in theaters. Here are a few of those movies that will be released this year.

Ryan Coogler will return as director for the sequel to Black Panther (2018). This is the 30th film in the Marvel Cinematic Universe (MCU). Most of the cast from the first movie will return to reprise their roles, with the notable exception of Chadwick Boseman, who passed away in 2020. Marvel chose not to recast his role of T’Challa. This movie is expected to do good business like other MCU movies.

Aquaman and the Lost Kingdom (Dec 16)

This movie is a sequel to Aquaman (2018). It is a superhero film based on the titular DC Comics character. The film will be released by Warner Bros. James Wan will take up directorial responsibilities for the film. Jason Momoa will reprise his titular role from the first film. Patrick Wilson, Amber Heard, Yahya Abdul-Mateen II, and Dolph Lundgren are also back to reprise their roles of Ocean Master, Mera, Black Manta, and King Nereus respectively. The film will also star Pilou Asbaek, Jani Zhou, and Indya Moore.

James Cameron has a knack for directing films that shatter box office records. When Avatar was released in 2009, it blew audiences apart with its stunning CGI and cinematography. With a box office of over $2.8 billion, it is easily the most commercially successful film ever made. Finally, after a long gap of 13 years, we will witness the sequel to Avatar this year in winter. Zoe Saldana, Sam Worthington, Giovanni Ribisi, Stephen Lang, Joel David Moore, Dileep Rao, Matt Gerald, and CCH Pounder will reprise their roles from the first movie. Sigourney Weaver will also return but in a different role. The film will also star Cliff Curtis, Kate Winslet, Brendan Cowell, Edie Falco, Jemaine Clement, Michelle Yeoh, CJ Jones, Vin Diesel, and Oona Chaplin.

The past couple of years were extremely tough for filmmakers as well as movie fans. The film industry had been hit particularly hard by the COVID Pandemic. However, 2022 promises to be a much better year for the industry as film production has gone back to pre-pandemic levels. We are sure you will be eagerly awaiting to see the movies we have listed here. While we hope you will be able to watch your favorite movies in cinemas this year, do remember that a lot of films will also be released on streaming platforms that you can watch from the comfort of your home. To subscribe to the best home entertainment, find a TV package you will love by browsing the Dish network channel guide.